On September 18, 2008, the Georgia Trial Lawyers Association (GTLA) will launch its first “The Height of Excellence” reception to honor members of the trial court and appellate judiciary in Georgia. Personal injury law firm Ragland Law Firm, LLP will be one of several law firms to sponsor this very special new event. The reception will be held at the Ritz-Carlton in Buckhead and will begin at 6:30 p.m. Along with trial attorneys, attendees at the reception will be trial judges presiding over the state and federal courts throughout Georgia, as well as appellate justices from the Georgia Court of Appeals, Georgia Supreme Court, and the U.S. Circuit Court of Appeals for the Eleventh Circuit which is located in Atlanta, Georgia. The GTLA Host Committee planning this event has stated that, “Hundreds of members of the state and federal judiciary are expected to be in attendance as special guests of GTLA.”

Earlier this year, the Executive Committee of GTLA decided that there needed to be a permanent annual event to recognize excellence in the Georgia Judiciary. Therefore, it was decided to honor the judiciary with an annual reception to be known as “The Height of Excellence.” Ragland Law Firm, LLP is proud to be one of the first sponsors of this event and to have made a $1,000 contribution to help provide necessary funds. 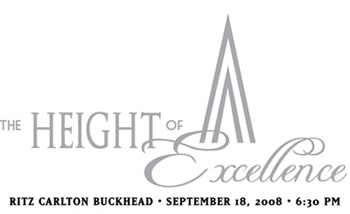 The GTLA Executive Committee has also now created the “Anthony A. Alaimo Award for Judicial Excellence,” which will be bestowed upon a worthy member of the trial or appellate judiciary in Georgia at this inaugural event and annually at this event every year in the future. This award was created in honor of the Honorable Anthony A. Alaimo, Senior Judge of the U.S. District Court for the Southern District of Georgia. It has already been announced that Judge Alaimo will be the first deserving recipient of this award which has been named in his honor. Before being appointed to the federal district court in 1971, Judge Alaimo served as the 13th President of GTLA in 1968. Before attending law school, Judge Alaimo served in the U.S. Army Air Corps and had flown a B26 as a member of the 322nd Bomb Group during World War II. His plane was shot down over the North Sea and he was captured by the Germans. Judge Alaimo was one of many American prisoners of war who daringly escaped from a German POW camp.
END_OF_DOCUMENT_TOKEN_TO_BE_REPLACED